(1) A 22-year-old Chinese woman who suffered from a persistent cough was shocked to learn that she had a piece of chicken bone lodged in her lung. The unnamed woman from the province of Shandong started have coughing problems when she was 7 or 8 years old. For 14 years, she made numerous hospital visits. However, no doctor could identify any problem. Her uncontrollable coughing was a mystery. Finally, the woman got a full body scan at a hospital in the city of Qingdao. This special medical procedure revealed she had a chicken bone stuck in her lung. (2) Doctors performed surgery and removed the bone. The simple procedure went smoothly and the woman has recovered fully with the bone finally removed from her lung, the woman is very happy that she no longer suffers from that annoying cough.

1. What was the woman’s problem?

2. How was the woman’s problem eventually solved?

(3) A white shape named Prickles that ran away from an Australian farm during the 2013 bush fires recently returned home. According to farmer Alice Gray, Prickles was only a lamb when she ran away. The bush fires that hit the area back then destroyed a large part of her family’s massive property. They thought Prickles had died in the fire. But instead, the young sheep escaped into a 200-acre forest near the farm. (4) Once the fires were over, the family had to fix the damage done to the farm as it was such a large property, which included rebuilding about 40 kilometers of fencing. It was this huge fencing that prevented Pickles from finding her way back. Over the years, the family spotted her a few times. They even recorded her with cameras installed to monitor the activity. But when they knew Pringles was alive, they couldn’t find her and never expected her to return by herself. Seven years later, they were proven wrong.

3. What does the news say about the white sheep Prickles?

4.What the family do of the bush fires?

(5) Tons of gold have fallen out of the sky in Russia after a cargo plane malfunctioned in midair this morning. The aircraft was carrying 265 million pounds worth of gold and diamonds, when the door flew open, sending the precious metal back to earth. According to the official news agency, Russian authorities have recovered more than 170 gold bars weighing 20 kilograms each. The plane was traveling from Yakutsk airport in a major diamond producing region to the city Krasnoyarsk in Siberia. (6)However, the aircraft made an emergency landing in Magan after began losing some of its valuable cargo. Reports suggest some bars of gold were scattered up to fifteen miles away from the airport. Nine tons of gold on plane AN12 belonged to a gold mine company. Police have sealed off the runway and say it is unclear if it was an accident or an attempted robbery. (7) Technical engineers who worked on the plane prior to takeoff are reportedly going to be questioned by the police.

5. What is the news report mainly about?

6. What did the aircraft do when the incident happened?

7. What does the news report say about the technical engineers who worked on the plane before takeoff?

8. Why does the man have this conversation with the man recorded?

His job is related to the customer service.

9. What is the woman’s purpose of calling to the furniture company?

She wants to know when she can get her money back.

10. What does the woman say about her bank card?

The new bank card will be sent to her on Tuesday, and the bank may has canceled the old one before the man made the payment.

11. What does the man advise the woman to do?

She needs to update the card details directly on the website.

He’ll use the food delivery app on his phone.

14. What does the woman think of the Indian food?

That’s not the kind of the hot she means. She needs something mild.

15. What does the man think of the woman?

(16) A new study carried out by the university of Lincoln has found a link between the personalities of cat owners and the behavior and wellbeing of their cats. The findings suggest that just as apparent personality can affect the personality of a child, the same is true for a cat and its owner. Owners defined as individuals with high levels of anxiety, fear, anger, depression and loneliness were more likely to have cats with behavioral issues. Such cats display more aggressive and anxious behavioral styles as well as more stress related sickness. They will also more likely to have an ongoing medical condition and be overweight. The research also found that mentally well-adjusted owners had come from happier and healthier cats. Researchers explained that many owners regard their pets as a family member and form close social bonds with them. (17) The majority of owners want to provide the best care for their pets and is therefore possible that pets could be affected by the way their owners interact with and manage them. The study highlights an important relationship between our personalities and the well-being of our pets. (18) Further research is needed to investigate the cause of nature of this relationship and look at how owners’ personalities are directly influencing their pet’s behavior and well-being. It is possible that the well-being of pets is driven by the underlying nature of the owner not simply by their conscious decisions and behaviors.

16. What do we learn from the new study by the University of Lincoln?

17. What does the passage say most pet owners want to do?

18. What does the passage say it’s still needed to understand the effects of owners’ personalities on their pets?

(19) One 50-minute run can add seven hours to your life. This was a claim made by The Times last week. The claim was based on a new review of studies about the effects of running. The review concluded that an average runners live three years longer than non-runners and that running does more to extend life than any other form of exercise. But there’s more to running than its health benefits. (20) Research published in recent years have shown that running changes your brain and mind in some fascinating ways from increasing your brain function to regulating your emotions. However, the precise effects vary according to whether you engage in short fast running or long distance running. For example, in one study, researchers compared participants’ ability to learn new words after several minutes of intense running, and after 40 minutes of gentle running, participants were able to learn 20 percent faster after the intense running and they showed a superior memory when tested again a week later. In another study, researchers asked volunteers to jog for 30 minutes and then showed them clips from a sad movie. Participants who usually struggled to handle negative emotions were more intensely affected by the sad clips just as you’d expect. But crucially, this was less so if they had completed the 30 minutes jog. (21) The researchers said moderate exercise appears to have helped those participants to be less vulnerable to the impact of the sad movie.

19. What did the new review of studies claim?

20. What is one effect that running has on people according to recent research?

21. What did another study find about the participant after they had a 30 minutes jog?

Welcome to the tour of the Hill House. This house built in 1904 is one of the most well-known works of Charles Hill, the famous architect. It was designed and built for local entrepreneur and his family. Before starting the tour, let me give you a brief introduction about the design of this amazing building. (23) Prior to beginning his design, the architect spends sometime in the client’s old home, observing their life and studying their habits. This meant that he could design the house according to the needs of the family. (24) The client’s main desire was to have a home with unique design, so the architect was given complete freedom. The building style is radically different from what was the fashion of the period. At the time, most large homes were constructed of timber and brick. This one, however, is made of concrete, a novel construction material in those days. The interior of the house, including the fittings and furniture, was also designed by the same person. Most of the furniture you will see is original and in good condition. However, (25) both pieces in the children’s bedrooms are copies built to the designs of the architect. Fortunately, all the blueprints for both the building and its contents have been preserved, so we’ve been able to replace badly damaged furniture. Let’s begin our tour, starting from the rooms.

22. What do we learn about the speaker?

He is the guide of the tour.

23. What dis the architect do before beginning his design?

24. What did the architect’s client mainly want?

25. What do we learn about the pieces of furniture in the children’s bedrooms? 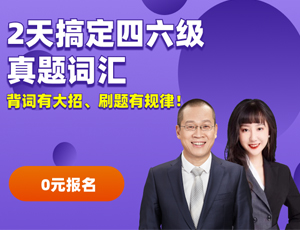